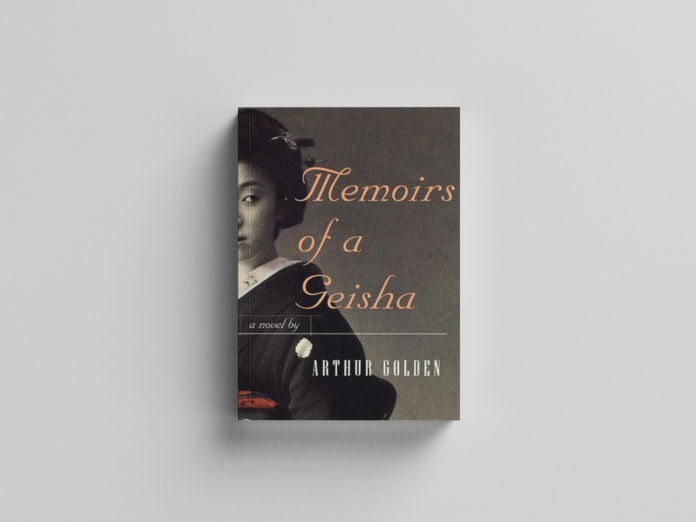 Arthur Golden, one of the prominent writers of America, has written various novels such as “Untitled Novel”, “Mi Sayuri”, “Level 6 Pack Updated”, “Memoirs of a Geisha Sso”, “Geisha: roman PR Library Pack Level 6, etc”. “Memoirs of Geisha” is considered as the best bookselling novel which is based on historical fiction. It was published in the year 1997 and filmed in 2005. The novel portrays the life and survival of the Japanese hostesses called “Geishas”(women trained to entertain men with conversations, singing, dancing, etc.)in Japan.
The plot of the novel begins with the adoption of two little girls, Chiyo(whose name was later called as Sayuri) and her elder sister Satsu, by a man named Mr. Tanaka due to the financial crises faced by their family. The two little girls were taken to two different towns in Japan and raised separately. Sayuri was raised as a Geisha in a place called Okiyo and Satsu as a prostitute. Since the story is based on the first-person narrative, we gather pieces of information on the routines and difficulties of the Geishas from the perspective of Sayuri.
First of all, a male author’s claim to write a novel that is completely based on the depiction of Geishas raised my interest to read this novel. His portrayal of the life of Chiyo from an innocent girl who is not even aware of the term “geisha” to an independent and successful woman in the field of geisha could be considered as the success of the story.
At one point, I felt the novel could have given more clarifications about Geishas and their routines for which, there were complexities in the understanding of Geishas whose lives are dependent only on men and what could be the reason for it. Since the whole story was narrated through Sayuri, it was vague and difficult to understand the mindset of the characters. Moreover, some areas are illogical, for eg; Sayuri’s love for the chairman where she falls in love without any evident portrayal of any situation that provokes love and there were no conversations, insisting love, between them. And there is no evidence in the novel that portrays the chairman’s love or thinking for Sayuri. Apart from male dominance and women’s dependence on men, I could also see some strong women characters in the novel, like Auntie, Hatsumomo, mother, etc, accepting the dominated life of Geishas including Sayuri, the central character. This acceptance of the life of the Geishas by the women characters in the novel has diluted the uniqueness and normalized the novel thus bringing no difference between other novels based on biographies or autobiographies.
Other than this, the characterization of Hatsumomo, who brought twists in the novel and raised the plot from its general state through her jealousy and revenge attitude, is admirable. Even the character Mameha, whose past was unknown but traveled throughout the novel as a pillar for Sayuri, increased the interest to read the novel at least to know the growth of Sayuri.
The novel is written spontaneously and it is easily understandable. The author has elaborated on each and every detail in Geisha’s life, which includes their Costumes, makeups, etc. The novel can be read at least once in a lifetime to know the difficulties faced by Geishas for and by men throughout their lifetime.

Rating for this Book

Analysis of “The Lord of the Flies by William Golding “