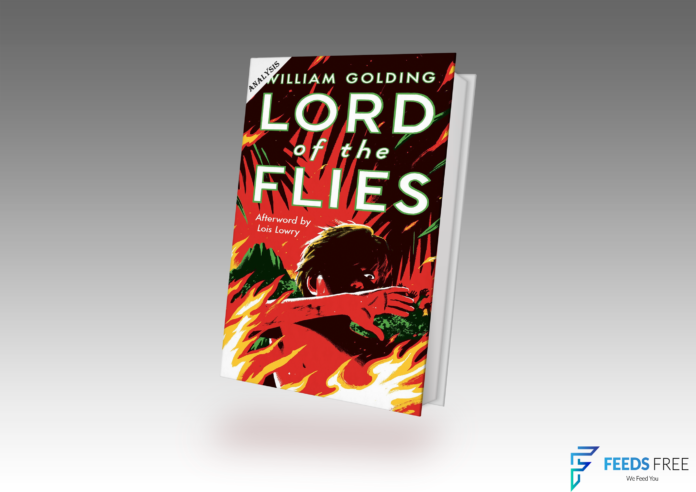 Night, the first of the books in a trilogy by Elie Wiesel followed by Dawn and Day, is the first-hand experiences of a Jewish teenager named Eliezer. He and his family were Jews who lived in Hungarian Transylvania and this book is about his experiences of being captured by the Nazis during World War II and sent to concentration camps. He was sent to Auschwitz first and later to Buchenwald. The book is a memoir, a telling of all the atrocities that he witnessed and the awful treatment of the Nazis to Jewish people which lead to the death of his family, the death of his faith in his religion, and finally the death of his humanity because he returned an empty shell of a man when the American army liberated the camp in 1945.

The night is very concise and psychological, and the author has an effective way of telling the story in a way it impacts humanity in you. This is a powerful book along with Anne Frank’s Diary, a first-hand account of the experience of the things that happened to a lot of Jews. Reading personal experiences of the survived is chilling and sad, and is a powerful reminder of the brutality that happened in history.

The narrator, Eliezer, an 18yr old teenager lives with his family and millions of other people in a small town named Sighet, a Romanian town put under the jurisdiction of Hungary when the Germans took over. The first deportation occurs in 1942, prior to this the narrator was a very religious and devout person interested in the Torah, the Talmud, and the Cabbala, but he had no proper teacher to teach him so he struck up a friendship with Moishe, the Beadle whom he met at the synagogue and became friends because they share the same interest in mysticism. Moishe was one of those Jewish people who was deported and sent to a concentration camp in Poland but escaped and came back to tell the horrors that were happening to the people in Poland but no one believed him because he was kind of an oddball, a lunatic and also the concept of concentration camps was new in 1944.

The Jewish people, almost 13000 of them were being rounded up and made to live in ghettos within the Sighet, which they thought was probably better because the war was near to being over. They thought they were being transported back to safety, so when the transportation arrived the people willingly got into them. Eliezer and his family were on the last transport. They were taken to Auschwitz, where he was separated from his mother and sisters as he and his father were put in among the men. The men were then taken to the factories in Auschwitz where they worked under slave labor conditions, severely malnourished and decimated.

There were certain parts in the book where the humanity of the Jewish people and the inhumanity of what was happening to them was really highlighted. Some instances that hit the readers hard is the deportation, they were asked to evacuate their premises all of a sudden with no prior notices or information, the whole 13000 of them had to leave no matter young or old, they all had to decide quickly on the things to carry with them and the things to leave behind, the people obeyed the orders given without question and without knowing the reason or the results that await them.

Once they’ve packed, they had to wait on the streets for transport. The narrator was on the last transport, and while he looked around, he saw the things that were thrown out on the streets because the people ended up carrying more than that was necessary like portraits and family heirlooms. Once the journey to Auschwitz began Elie and his family tried their best against all odds to stay together, but once they arrived at the camp the men and women were separated and that was the last time he saw his mother and sisters. A heavy wave of uncertainty hits so hard when they do not know whether they are being sent to work in forced labor conditions or to be killed.

When Auschwitz was being liberated, the Jews had to march all the way to Buchenwald in extreme weather conditions. Bodies were dropping dead and there was no one to move them from the way, they were being trampled over. A concerned fellow Jew told the narrator that if the Nazis ask for their age, he was to tell them that he was 15yrs old and his father was 40yrs, though his real age was 50 yrs, only then their chances of being together would be likely possible, be it for labor or death. The Jews had no certainty of what would happen to them next minute, there were no rules of who was allowed to work or who was to die next, it was all random. It was as though their whole life was at the mercy of the Nazis.

One thing Elie feared the worst above everything was losing his humanity, he witnessed fathers, sons, and neighbors turn up against each other for a piece of bread. The basic needs of humans were deprived of them. He watched his father slowly fading away before him, he suffered dysentery and became weak with dehydration because of the work in those unhygienic conditions. As a dutiful son, he took care of his father as best as he could, though he admits, there were times he thought he would have a better chance of survival only if he needn’t take care of his father.

Another vivid imagery that the narrator paints in the readers are the death of a small child who was associated with the rebels. The people were forced to watch the hangings of their fellow beings.  The death of the child troubled him because he says that the little boy was alive for at least 30mins, even after the onlookers had passed. A slow, painful, and heartbreaking death.

The way the incidents are described shows us the amount of pain and mental torment that the Jews underwent and even how after so many years it still stands as a testimony to the brutal history.