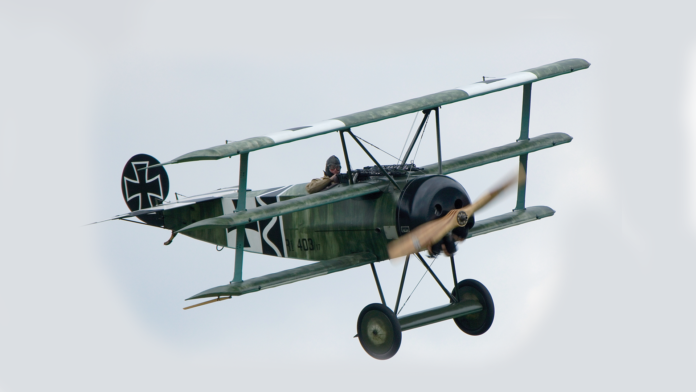 Germany’s Fokker DR.I triplane entered service in 1917, and for a while it was unbeatable. The DR.I had three sets of wings, while most other fighters of the time were biplanes or monoplanes. Although its top speed was slower than other fighters’, the DR.I could climb quicker and was unmatched in manoeuvrability-two qualities that gave it a crucial advantage in tight dogfights.

The German flyer Manfred von Richtofen was the most successful fighter pilot of World War I, shooting down a total of 80 aircraft. He was known as the Red Baron, because of the bright red Fokker DR.I triplane he flew. Von Richtofen’s squadron, all in brightly-coloured DR.Is to startle the enemy, ruled the skies and were nicknamed the “Flying Circus” by Allied pilots. Von Richtofen was killed on April 21, 1918, when his triplane crashed to the ground after being attacked simultaneously by anti-aircraft guns and a Sop with Camel fighter flown by Canadian pilot Roy Brown.