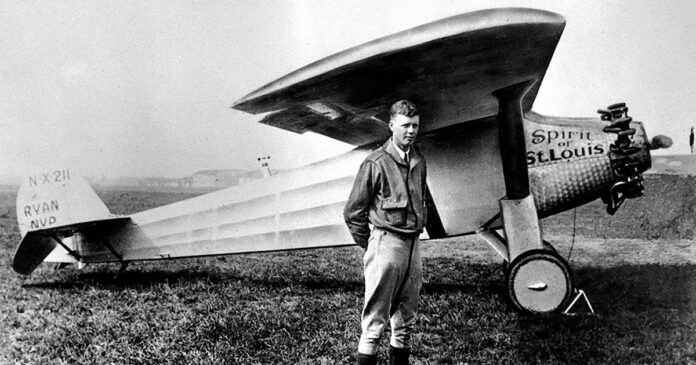 In 1927, this single-engine monoplane carried Charles Lindbergh on the first solo non- stop flight across the Atlantic. Funded by a group of businessmen, Lindbergh asked the Ryan company of San Diego to build him a plane that would win the $25,000 prize offered to the first pilot who could fly the Atlantic single-handed. The Spirit of St. Louis was based on Ryan’s standard M-1 five-passenger aircraft, modified to Lindbergh’s specifications. The plane was stripped down to the bare essentials, so that it could carry as much fuel as possible. Already tired from a sleepless night, Lindbergh took off from the muddy Roosevelt airfield, New York City, at 7:54 a.m. on May 20

The Spirit of St. Louis was not easy to fly-it was nose-heavy when fully loaded, and the wings lost a lot of their efficiency in turbulent air. It only had basic navigation equipment and flight instruments. Fortunately, Lindbergh was skilled and experienced in the air , having flown with the U.S. Army before becoming a stunt flyer and then a long-distance airmail pilot.