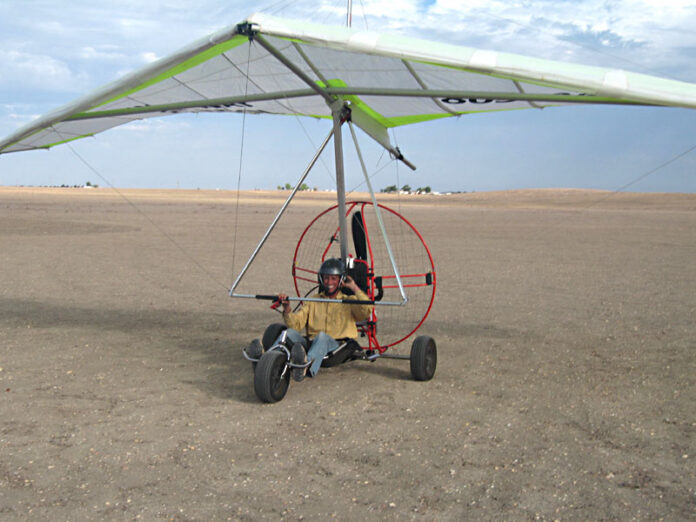 A glider cannot glide upward, or even maintain level flight, so the pilot keeps the nose pointed just below the horizon and glides downward. But the plane can still climb, even in this downward- pointing position, by soaring on air currents that rise faster than the plane sinks. These air currents include thermals and slope winds (winds deflected upward by a hillside), and they allow a glider to stay aloft for many hours.

Having no engines, gliders need help to get them moving so that the air flowing over the wings generates enough lift for take-off. Gliders may be launched by being towed into the air by a light airplane called a “tug.” The glider is tied to the plane by a long cable, which the pilot releases at the desired height by pulling a knob in the cockpit. A winch-launch uses a powerful winch to pull the glider along. The cable, up to 1.25mi (2km) long, may have a small parachute to slow its descent after release. In an auto-tow, a car tows the glider along like a kite until it gets airborne. Motorized gliders have retractable engines that are used only for take-off and in emergencies.