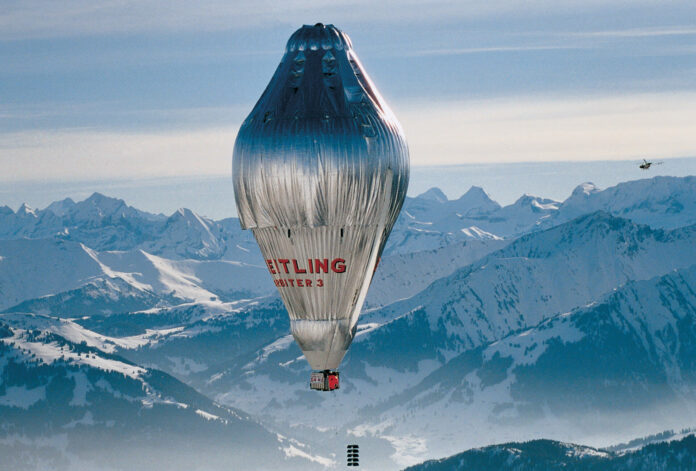 The first-ever sustained flight was made in 1783 by the French Montgolfier brothers’ hot-air balloon. The balloon’s envelope was made of paper, and hot air was produced by burning straw. Balloons are basically bags or “envelopes” of hot air or gas such as hydrogen or helium. In a hot-air balloon, burners heat the air inside the envelope. The air expands as it is heated, which makes it lighter than the air outside and gives the balloon lift. A gas balloon contains gas that is naturally lighter (less dense) than air, so it floats in the atmosphere. Hot-air balloons burn propane or kerosene for fuel. Today, scientists use balloons to carry instruments that gather information about the weather. Other balloons, used for racing and leisure trips, have a basket attached beneath the envelope to carry passengers.

In March 1999, Breitling Orbiter 3, piloted by Bertrand Piccard of Switzerland and Brian Jones of Britain, completed the first around-the-world balloon flight. The balloon took off from the Swiss Alps and landed nearly 20 days later in the Egyptian desert, having flown more than 25,300mi (40,800km). non-stop Breitling Orbiter 3 was a Rozier balloon- a type that has compartments for both hot air and helium gas. Like air, helium expands and becomes lighter as it gets warmer. In daylight, the Sun’s rays warmed the helium and gave extra lift, while the burners were used at night to keep the helium at a steady temperature. The burners were also operated in short bursts during the day to make the balloon rise quickly.