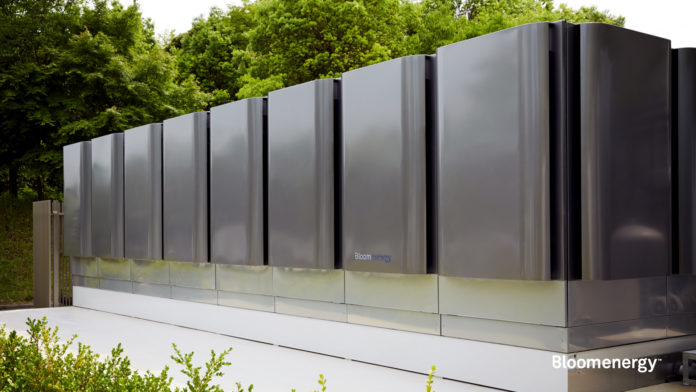 What is Bloom Energy?

It’s a new type of energy resource which is clean, reliable, and affordable energy for everyone in the world.

Bloom Energy traces its roots to work performed by Dr. K.R. Sridhar, Bloom founder & Chief Executive Officer, in connection with creating a technology to convert Martian atmospheric gases to oxygen for propulsion and life support. Dr. Sridhar and his team built a fuel cell for NASA™ capable of producing air and fuel from electricity generated by a solar panel.

They soon realized that their technology could have an even greater impact here on Earth.

For the solid oxide fuel cells the electrolyte is a solid ceramic material followed by anode and cathode is made of special inks that coat over electrolyte, unlike other fuel cells no corrosive acids or precious metals are not required for this type of fuel cell.

Electrochemical reaction converts the oil and air into electricity without combustion.

The steam mixes with fuel to produce reformed fuel which enters the anode side.

The oxygen ions combined with the reformed fuel to produce electricity, water and some amount of CO2.

The water gets recycled to produce the steam to reform the fuel.

The process also generates heat required by the fuel cell,

As long as there is fuel air and heat the process continues which is clean, reliable, and affordable energy

Each fuel cells can generate 1 Volt which is stacked up to produce in Kilo Watts of Power in the form of Servers.

Which is now implemented as a Power Servers at 200 to 250KW and can be converted to Mega Watts.

Read it or W Bloom energy Video below……..